Other Books by this Author

Hi everyone.  Thanks for stopping by.  Most of you know me as the author of “Flirting With Danger,” a romantic suspense.  But many of you may not know that I was a literary agent for over 15 years and that I taught fiction writing classes for over 10 years.


I have put my knowledge and experience into four books on the craft of writing.  I’d like to feature two of them here today.  If you are a new or novice writer, who is planning to submit to traditional publishers, or to literary agents for representation, you may find the information in these books beneficial.


Learn the ten most common mistakes that writers make which can cause an Acquiring Editor at a publishing house, or a literary agent, to stop reading your manuscript and pick up someone else’s. 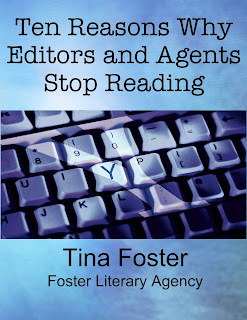 
Improper formatting is probably the first reason for rejection by most Acquiring Editors at a publishing house, as well as literary agents.  They see the physical look of your manuscript as soon as they take it out of the package, before they even read one word of your story.  If they see common beginning writer mistakes, your manuscript will go back into the package, unread.  Proper formatting separates the professional writer from the amateur.  Yes, there is an industry standard which editors and literary agents expect writers to know before they submit their manuscript for perusal. 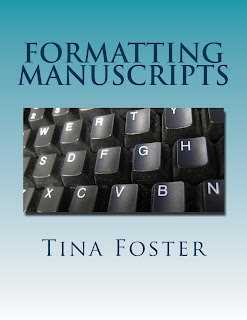 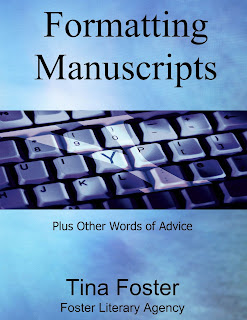 You can sample my books or find other information on my author page at:

Email: fosterliterary
Posted by Unknown at 8:58 AM No comments: 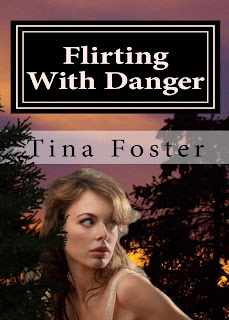 
Lovers of suspense, thrillers, romance, action, and crime fiction will enjoy this fast-paced and tension-filled novel.


All Amanda Lewis wanted was to meet her date and enjoy a peaceful dinner. Instead, she finds him murdered.


She also sees the killers’ faces and the last thing they need is a living witness.  Now they want to eliminate her as well.  How can she evade them?


Special Agent Steven Walker is there to meet a snitch.  He and Amanda collide.  Can he keep her alive and safe from the killers?


Both police and the killers are looking for a “list” which will crack the case.  It also contains the identity of the mysterious head of the drug organization that Steve has been investigating.


Can he find the missing list before he and Amanda are killed?


How can they stay one step ahead of the killers when someone is leaking information to the bad guys?

About the author:  Tina Foster has spent 15 years as a literary agent.  Now retired, she is concentrating on her own writing.  Flirting With Danger is her first fiction novel.


She has also published four smaller books on the craft of writing.


To sample the opening chapters, you can visit her author page and click on the cover to peek inside, at:

Below is an excerpt from the first chapter:


They certainly didn’t look like river runners.  Goose bumps prickled on Amanda’s arms.  She had a bad feeling.  About to retrace her steps and head for her car, she stopped when one of them spun the swaying bag around.  It took a moment to realize this wasn’t really a bag the men were gathered about.  Amanda stepped back, caught her breath in a sharp gasp.
A body.
Hanging by the neck.  Face twisted and blue.  The swollen tongue lolled from the side of the mouth.  Blood smeared the nose, and the eyes bulged from the sockets.  The neck bent at an unnaturally awkward angle.  The combination produced a grotesque face that was barely recognizable.  But she did recognize his dark, thick eyebrows and his hair.
Tony!
Oh, Tony!  Oh, GOD!  Amanda wanted to scream, to run, to faint, but for some reason couldn’t do anything but stand and gape at the deadly scene.
An icy dread sprinted up her spine while her eyes flicked between Tony’s body and the four men.  She had obviously walked in on a murder, and the last thing these men wanted was a living witness.
She gulped in deep breaths of air.  Had she made a sound?
To her horror, she realized she had.  Her hand flew to her mouth.
Four pairs of eyes instantly riveted on her as the men turned toward the slight sound of her gasp.  For some reason, her rubbery legs were unable to move.  Frozen with horror.  Like gawking at a car crash.
“I got this.”  The demon man pinned her with his gaze.  The steel-like glint of his eyes chilled Amanda to the core.  He began to run toward her.  At the same time, he reached inside his jacket and withdrew a dark object.
In her confusion and terror, it took a moment before she realized he held a gun.
Willing herself to move, she spun around.  Scrambled back the way she’d come.  Amanda dodged motor parts and fishing gear.  Her heart threatened to tear its way out of her chest.  Where the hell was the door?  Feet thudded several yards behind her.
Amanda finally found the inner door to the office.  Dashed across the small room, but halted at the front entry.  She glanced outside.
In an instant, she evaluated her situation.  The parking lot was bare and wide open with no place to hide.  They could easily shoot her in the back before she got to her car.  Panting with panic, she saw a metal desk in the corner.  Instead of running outside, she slammed the front door shut with a loud bang.  Amanda sped behind the desk and ducked down just as the inner door swung open.
She crouched in the leg-well and held her breath.
Scrambling footfalls came through the inner door.  “Come help me!” Demon-man’s voice.
Amanda counted them as she heard the men rush past the desk and go outside.  One . . .  two . . .  three . . .  four.  All those men were after her now.  They shouted to each other as they combed the parking lot.
Amanda sat hunched beneath the desk, trying to decide what to do next.  Tears rimmed her eyes while fear clenched and twisted her stomach.  That was real smart, she chided herself.  You can’t run out right behind them now, can you?  Although, it did buy a few extra seconds of time while they searched outside.
When she scrambled from under the desk, she noticed a phone on top.  She grabbed the handset.  Punched in 911.  It took a second to realize there was no sound.  No dial tone.  No static.  Nothing.  Phone lines must have been cut.  Her cell phone was in her purse.  In her car.  In the parking lot.  With the killers.
To sample the full first chapter, or to learn more about my books, or to purchase, go to my author page at: http://www.amazon.com/author/fostertina.
Or you can visit my website at: http://www.tinafosterauthor.com.
To contact me, email to: fosterliterary@yahoo.com.

My best to all of you. 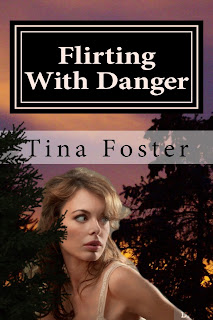 All Amanda Lewis wanted was meet her date and go to dinner, but when she arrived at their meeting place, she found him dead. Murdered.Now the killers have seen her and she's on the run. But she isn't alone. OSCIB Agent Steve Walker came to investigate a gang of suspects.

Now, having literally run into this uncooperative woman, he's stuck trying to keep her, and himself, alive. Steve had hoped to locate a very important list that the gang is also after. Will he be able to find it, keep Amanda Lewis alive and complete his assignment without getting killed himself?
Amanda's never been so scared in her life, so how is it her thoughts keep turning to her good looking lawman captor instead of the danger she's in? Tomorrow may be too late to find out if Steve Walker is the man for her. Tomorrow they may both be dead.

Posted by Unknown at 4:21 PM No comments: 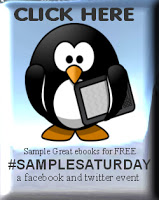